Does Jennifer Lopez Use Cellulite Creams? 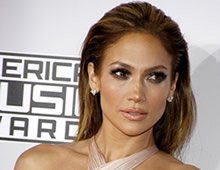 There’s no denying that Jennifer Lopez’s curvy body and beautiful backside are admired by millions of men and women alike.  But have you ever wondered how she keeps her skin so taut and tone—and free from the cellulite that seems to plague every woman on the planet but her?

Anyone who has followed her knows that she isn’t afraid to put in a good workout.  In fact, her personal trainer, Tracy Anderson, has revealed that JLo works through 9 to 13 exercises that change almost weekly to keep her butt and legs in top physical condition.

Apparently that isn’t all that Jennifer does to make sure her lower body is prime for her television and on-stage appearances as she also uses an Australian cellulite cream made from diamond powder, according to US OK! Magazine.

It kind of brings a whole new meaning to the phrase “diamonds are a girl’s best friend,” don’t you think?

By now you may be wondering how cellulite creams help reduce this one issue that plagues almost all women worldwide.  Let’s talk a little about that now…

The reason that Jennifer uses a gem-based cream is because it works to exfoliate her skin, leaving it with a silky smooth appearance.  This makes it an important part of Jennifer’s skin smoothing process, especially as she is said to be prone to developing cellulite in her butt and thighs.  And more so if she happens to put on a few pounds.

Cellulite creams also help by rehydrating and repairing areas that tend to have cellulite.  High quality options even improve circulation in the skin, giving it a healthier and smoother appearance.

The cellulite-reducing cream that Jennifer uses supposedly costs $250 per bottle.  Fortunately, you don’t have to spend that much if you want to get your backside in as good a shape as hers as there are cheaper yet just as effective options.

In our current ranking of the best cellulite creams, we point out a number of cellulite reducing treatment options that cost much less than what Jennifer spends, some coming in under the $20 mark.

In addition to providing the cost for each of the 10 most recommended cellulite creams this year, we’ve also rated each one according to long-term results, short-term results, application, drying time, smell, ingredients and so on. This allows you to make a well-informed buying decision as to which one is right for you!

One last thing we had to mention– to make her body look even better, Jennifer Lopez frequently gets spray tanned.  It’s no secret that having a tan tends to disguise cellulite, making it less noticeable.

And it’s far better to use self tanning products and spray tanning as spending time in the sun can actually worsen the appearance of cellulite by breaking down the skins elasticity.

About the Author: Hi, I'm Elizabeth Adams, the founder and Senior Editor of Cellulite.com. I’m the one who personally tries out most of the cellulite creams, procedures and treatments you’ll read about on this site. Obviously, I’m obsessed with finding the best (and most realistic) solutions to removing cellulite! More from this author.
« Prev
Next »

Follow us on social media for even more reviews, giveaways and cellulite-busting advice! 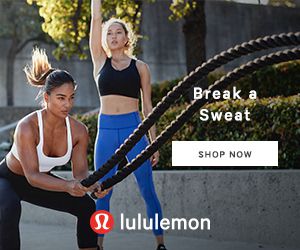